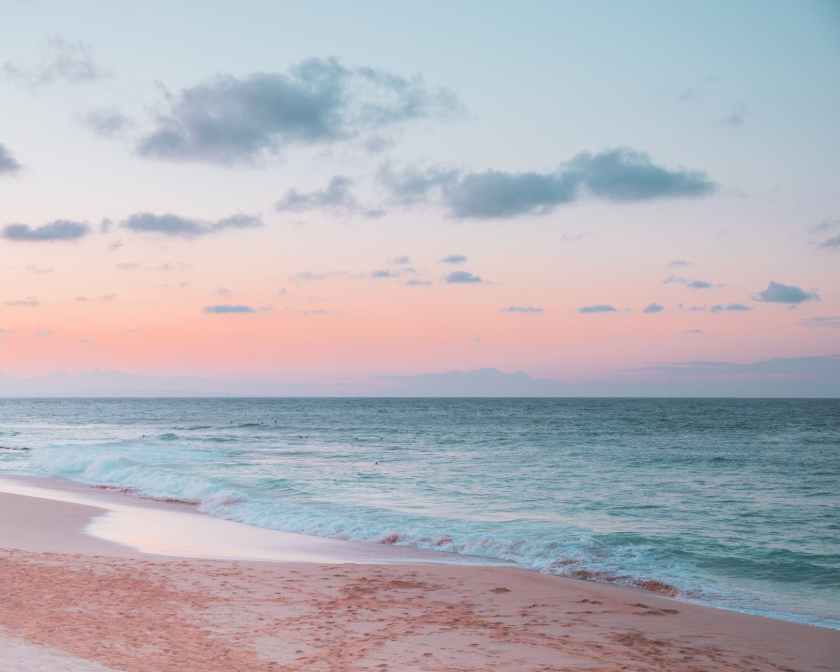 We made the drive to Myrtle Beach today to sign our lease and finally lay eyes on the place we will be calling home for the next year. Unlike most normal rental situations, we only saw the outside of the house. The current tenants still have personals inside so we have to wait until we pull in on Saturday with all of our shit to see what the inside looks like. It’s kind of like a big reveal. The not knowing stresses FMG out a liitle. I think it’s exciting. Plus the outside was super cute and I’m not sure if I mentioned it before or not, but it checked all of our boxes. Three bedrooms. Two bathrooms. A space for an office/workout area. A fenced yard. And most importantly, a landlord who is a dog lover and will not discriminate against our “aggressive breed” dogs. Check. Check. Check. Check. The neighborhood is also super cute. It’s technically in the county, but it’s only a few minutes from the city and about ten minutes from the beach. It’s really close to pretty much everything from what we could tell.

The trip to Myrtle was a little bit eventful, unfortunately. We took two vehicles. Our plan was to take FMG’s truck and pull our little boat behind it. I would follow behind. We’d leave the boat and the truck in South Carolina and ride home together so we can get the U-haul and not have to tow my car.

Everything was going fine for the first three hours. Around the halfway mark, I noticed the boat doing a little swerving. We haven’t had a drink in almost three years so I knew something must be wrong. FMG pulled over and jumped out of the truck. I was right behind him still trying to figure out what was going on. And then I saw the front of the boat trailer on the ground, the rubber part of his bumper under it along with his license plate. The nut on the ball hitch had come undone and the hitch had popped right out of the hole. I thought I saw the trailer jump, but then I thought it was just my imagination. He was almost in panic mode, but the trailer was fine, the boat was fine, the truck was mostly fine, and most importantly, he was fine.

We googled the closest U-haul place to get a new hitch. He stayed with the truck, I went to find the store. Turns out the store no longer exists. It’s now a fancy subdivision. Luckily, there was a lady walking and suggested a hardware store. I found the address and headed that way. On the way, I spotted an auto shop. I thought maybe they would have one, but I was wrong. They did, however, point me in the direction of the nearest auto part store.

I’m not sure why I didn’t think of that in the first place. I’m not even sure why U-haul was our first thought. Anyway, I found the store and found the exact part with the nut I needed. I drove back to where FMG was patiently waiting with the truck, only to try the part and realize that the reason we both could have been killed was because the hitch was too short to begin with and the screw must not have been screwed in all the way.

So back to the store I went to get a longer hitch. The guy exchanged it for one that was a little over an inch longer and charged me three extra dollars, which made me think about the average size of a penis (6 inches) and the going auto parts rate in inches. Basically, an average penis is worth about $18 in auto pricing. Folks, please keep this in mind the next time you buy your guy dinner (kidding, fellas).

Anyway, I got the new part and headed back to the truck. We were able to get it put on and get the boat properly attached and make our way to what will be our new home for at least the next year.

The downside of moving into a place that you have no idea what the inside looks like or the layout is that you don’t know what furniture you should bring and what you should pitch. At this point, we are bringing everything since the new house is twice the size as our current house, but my niece had a couple pieces of furniture that she was going to give us, but without knowing if we will be able to use it, we will probably skip it for now.

We are only seven-ish hours from Knoxville if we need to come get more furniture.

Either way, I’m excited to move and learn a new city. I know some people would get stressed about that, but I’m not one of those people.

We made an obligatory stop at the beach and while it is positioned in such a way that the sunrise will definitely be better than the sunset, it’s still sunrise and sunset on the beach.

So look me up if you are in Myrtle Beach and maybe I’ll have learned the local hot spots by then.