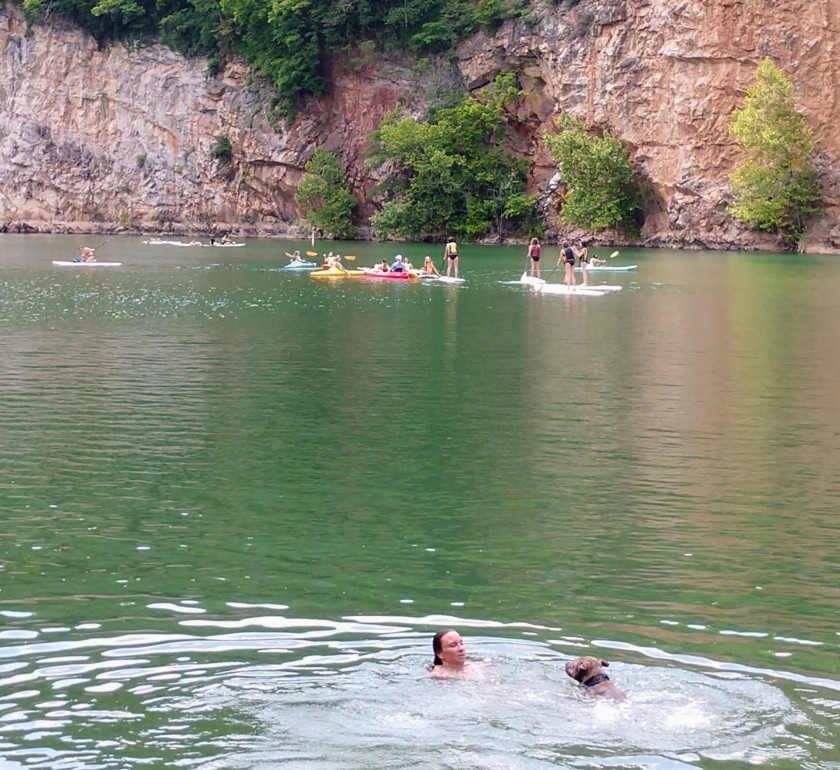 I only worked a half day yesterday. My kiddo texts me right before 11am and said that he was finished with school and he asked me if I would come pick him up. Today is actually the last day of school, I think. I’m not exactly sure because from what I gather, the teachers have been hoping the kids stop coming for days now. So I headed to get him. Normally, I go inside, show my ID, check him out, they call for him, I wait, then he comes and we leave. Yesterday was different. His pickup had all the makings of a kidnapping in progress. I sat in the parking lot, waiting for classes to change. I saw my kiddo and his girlfriend walking out. My windows were rolled down. I waved (not creepily and I didn’t offer them candy), they jumped in the car and we left. No sign-out. No fooling around.

Normally, I would never do a thing like that because he could get suspended or at the very least, detention. Dun, dun, dun…

But I knew he wasn’t going back anymore. The school year was officially over for him. We dropped his girlfriend off at home and went shopping. He is going on vacation with a friend tomorrow and needed some new clothes. He won’t quit growing. So his pants are like capris and his shorts like daisy dukes. Neither is flattering. When we got finished, I had every intention of going home to work. But the sun was shining. The thermometer was in the mid-80’s. It was a gorgeous day. Mel asked me to go back and get his girlfriend and drop them off at the quarry. Normally, I wouldn’t mind doing that. They are very close to adulthood. But the quarry depth is over one mile deep in some parts and I wasn’t confident in his girlfriend’s ability to swim (although it turned out fine). Either way, I wanted to do the responsible thing…which was to run home and grab my bathing suit so I could swim too.

And I did. I wore my “who cares, you don’t know these people and they may never see you again” bathing suit. I wish I could say that I’m super comfortable in my skin, but I’m not. Especially when it is partially nude. But it is a well-known fact that tan fat is sexier than pale fat any day of the week. So whenever the sun is involved, less is more when it comes to bathing suits. So I wore my little bikini.

What most of you may not know is that in one of my former lives, I was a mermaid. I can spend an extensive amount of time in the water. It doesn’t matter if the water is a mile deep below me or not. I can just paddle around, swim around, float around for hours. Probably days if I had to. I never worry about being lost at sea. Or drowning. I’m quite sure I could float and even sleep while floating if push came to shove for no less than a week if I needed to. There is that whole getting eaten by a shark scenario that I always put out of my head, but as far as drowning goes, I’m fairly certain that would never happen. So I floated around for a few hours. We rented a paddle board for them to use. They bore really easily so I got to paddle around on the board for a while too. We ended up staying there for about 5 hours I guess or close to it.

And it was such a great day. I’m exhausted from all that swimming. And I may be sunburned from my ill-prepared ways. I forgot the sunblock. But it’s not a fiery sunburn. I think I may just be red (definitely red, according to my mother).

Like I said, overall, it was a great day. And I know that I don’t have many more of these left where I get to kidnap my kid and go do something fun that he will remember forever. He’s sixteen. He will be 17 in a few (plus) months. And before I know it, he will be all grown up and moved out and living his own life. And he won’t have time to ditch class or ditch work or ditch life to go hang out with mom at the quarry. And it makes me sad and happy at the same time.

So, my advice for today: spend as much time doing cool shit with your kids as you can. And sometimes when they want to ditch just for the sake of ditching, throw caution to the wind and just do it. Life will go on if they miss that class or that day. And they will have a fun memory to recall later in life when things are messy and not as simple as they are for them right now. So cherish these moments, because you will blink and they will be gone.