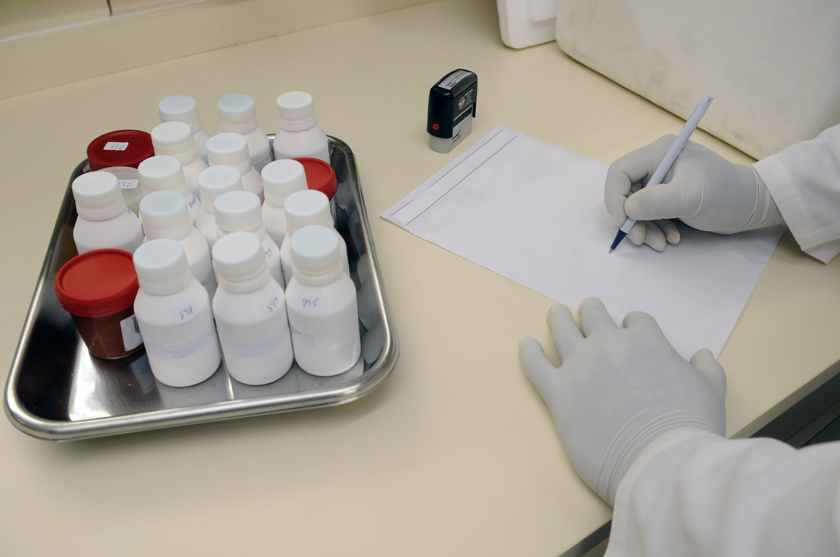 This time last week, we were taking a very somber drive to Flea Market Guy’s brother’s house. He had been in the hospital 3 weeks earlier because he was yellow and his liver wasn’t functioning to its fullest potential. He had gone back to the doctor for more blood work a few weeks later and the next day, the doctor tried to call him and tell him he needed to go to the hospital because his situation was “critical.”

His apartment is about 30 minutes or so from our house. FMG was very stressed. Have you ever known someone who could not hide their stress? I’m really good at it. My world can be crumbling but “I’m fine.” FMG is not so good at it. I could literally see every worry line on his face as we drove to his brother’s apartment. He was worried we would find him dead. His mother was meeting us there and he didn’t want her to see that. It seemed like a 12 hour trip. Like that pause between “Your HIV results were” and “…..negative.”

We got to his brother’s house. His brother who will now be referred to as Brother-in-law or BIL from this point forward, because, let’s face it, FMG and I are practically an old married couple at this point. So brother-in-law wasn’t answering the door. We banged and yelled. His mom called 911. They sent an ambulance and a police officer, just in case we had to break the door down and then, I guess, cart his dead body off in the ambulance, if that’s what they do with dead people. I don’t really know.

But, just as the ambulance was approaching, BIL answered the door. In his boxers. And as green as Ohio River on St. Patrick’s Day.  Scary green. Hulky green. Mixed with a little bit of yellow.

I’ve never seen someone so green. I know that it happens when people’s livers start failing them, but I’ve never actually seen it live and in living color. He was a pasty yellow when we saw him a few weeks earlier at a basketball game. I noticed it first. Then FMG took a look at him and he finally noticed it. In his defense, he is slightly colorblind. That’s when BIL went to the doctor the first time. So seeing him so rapidly declining caused both of us distress. And their mother was beyond distressed.

After some serious coercing, BIL agreed to go to the hospital with FMG. He wanted no part of an ambulance because of the bill. I thought he should have just taken the ambulance because dead men don’t usually get sent to collections anyway and he looked like he was teetering on the edge.

His apartment is a story for another day. Maybe tomorrow.

We finally got him to the hospital. I went with Mom. FMG drove brother. We all got there around the same time. It was about a 20 minute drive to the hospital. When we walked in, all eyes were on brother-in-law. And he didn’t know what world he was in. I’m not sure if it was from the alcohol and drugs or the liver failure. I think both make you out of sorts.

They finally got him into a bed and took his blood. He was admitted and put into a room of his own about 8 hours later. The next 24 hours were stressful for his family. He was in liver failure. And they weren’t doing anything but fasting him. I think it was because he had so much of whatever in his system they wanted to get a baseline reading, but because his liver wasn’t functioning, it took way longer than 24 hours for him to come to his senses or some semblance of his senses.

The hospital started using words like, “we can’t help him here.” And so they sent him to Vanderbilt Hospital in Nashville, TN. It’s 3 hours from us. They took him by ambulance in the dark of night. Mom followed behind. Brother-in-law’s kids went to the hospital to say their final goodbyes to him. Everybody was very sad.

I had hope that he would be OK. I think it was because the people who refuse to admit they are dying rarely die. He hadn’t accepted that he shouldn’t be alive and so he just kept on kicking.

He’s been in the hospital for a week now. And it looks like he is, in fact, going to live. And he is going to live with us. FMG and I decided that he was too good at taking advantage of his parents and we didn’t want that to happen. Plus, FMG wanted to at least put forth an effort to help him. We aren’t sure it will work, because we have both been around addicts before, but with FMGs new found sobriety and my witchy ways, we are hopeful that we will be able to make a difference. And hopefully the difference we make will help him, once again, to become a productive member of society. And hopefully, it will help him to live long enough to walk his daughter down the aisle and watch his son play college sports. We are basically expecting miracles. We are also basically turning our place into a rehab house for the next 90 days (if he agrees to our terms).