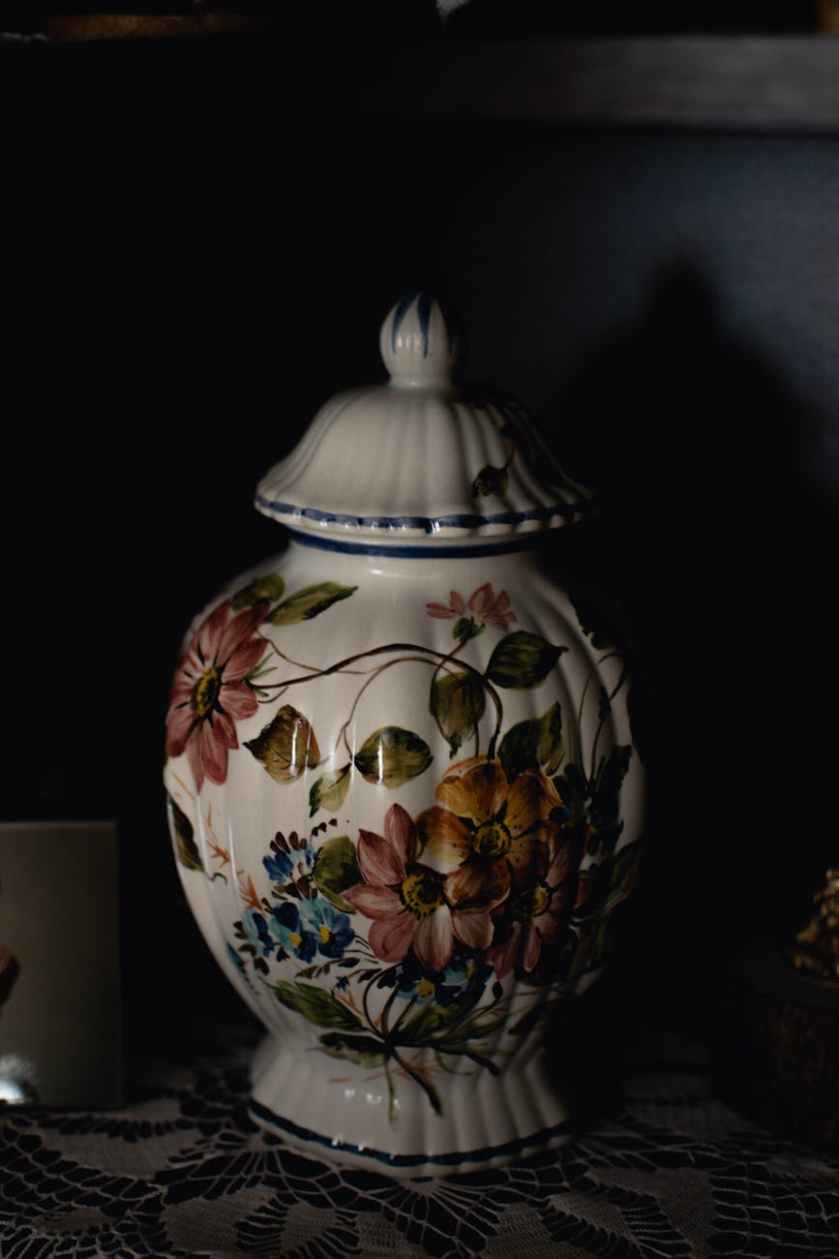 About a month ago I went to work with Flea Market Guy. We had to go into a house that was occupied by a dead guy in an urn. For the next couple days, I was really bummed that the dead guy had been left there. His family had cleaned out his house and left him sitting on the mantle. Not sure if it was a “fuck you” to the dead guy from the kids because he was a shitty person or if his kids were just shitty people. But either way, I regretted not bringing the dead guy home.

Yesterday, Flea Market Guy had to go back into the house for another inspection and old “Joe” was still sitting on the mantle right where we had left him. And, because Flea Market Guy is the best, old “Joe” is now sitting on my entertainment center. FMG said he kept falling off the seat and onto the floor while he drove around all day. Thankfully, he stayed in his magic urn.

Old “Joe’s” real name and birthdate and death date are on the bottom of the urn. So is the place who cremated him. I thought about taking him back to the mortuary who did the work and see what the story was. Is his family missing him. Do they want him back. Was he a dick and his family just said forget about him. Can I take him to the mountains and spread his ashes wild and free? All the questions. But it’s not important that they get answered right now. The important thing is that he is not alone anymore.

My daughter thinks I’ll know soon enough whether he was a good guy or a bad guy. She said, “things are only going to get way better or way worse.”

I told her I would let her know. But for now, he’s just chilling next to the tv in the living room with Brother in Law.

I’ll let you all know too!