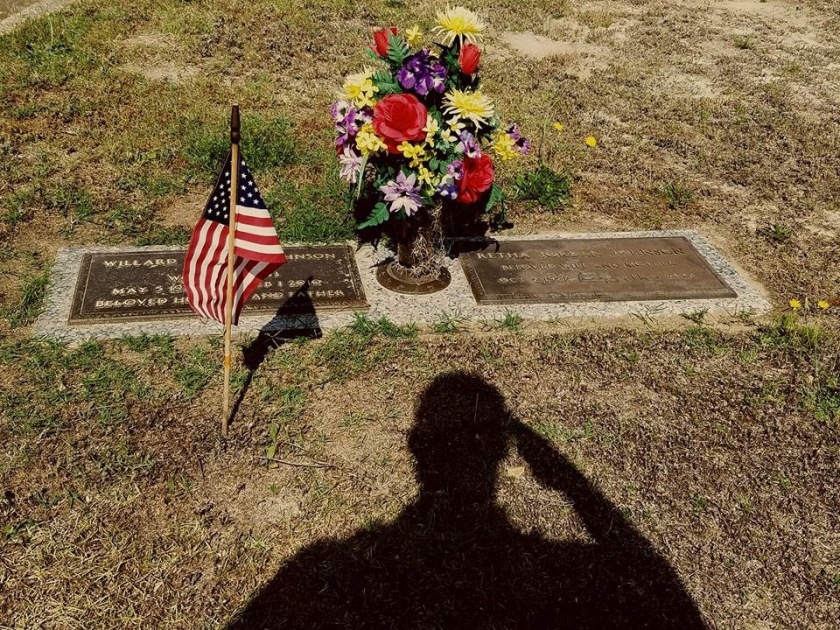 I never really understood or even had a slight grasp on what PTSD was. I knew it was post traumatic stress disorder and I knew it had many causes, but I never really thought about it in regards to soldiers. I know when people use the term, they are typically talking about soldiers, but I never thought anything past that until today.

I went out with a soldier this evening. He’s the one I told you about a couple of days ago who is basically Prince Charming, smart, funny, well read, well traveled, you remember right? Well, he’s also a soldier. I don’t think I knew that initially, but I guess that’s what happens when you take the time to get to know them before jumping in the sack with them. Who knew? You all probably did, I’m still learning. Anyway, he’s a soldier, he’s only been back (retired) for less than six months. In the course of our conversations, he had mentioned PTSD a time or two, but it was only as an explanation as to why he was probably not going to be too comfortable going to the farmer’s market on a busy day or why going to clubs on a holiday weekend was not his thing. And of course, I accepted his explanation. Plus, it wasn’t time for me to try to sweet talk him into anything just yet anyway, but I was sure if I asked, he would do it. Not because he wanted to but because I wanted him to, and he is the sweetest man ever. And I was totally going to play that card at some point. Until tonight.

I was planning on doing my poetry thing tonight at PoBoys and Poets. He mentioned sneaking in to see me so I wouldn’t be nervous. Then I went all day without seeing him so I just invited him to come with me. And of course he said yes. No sweet talking necessary.

The night went off without a hitch. I didn’t throw up on my shoes and nothing major happened at the place, so all was well. We left and drove around talking for another hour or so. We were practically in Sevierville before he turned the car around and headed the other way, but he’s interesting and I love hearing him talk, especially with a British accent, so time is not an issue, but I was tired and he could tell and we eventually ended up back at my place (not in my place).

We were sitting outside in the car talking and out of nowhere, gunshots. I live in the “gun zone” of the city so it never really bothers me to hear gunshots. These were particularly close tonight, but it was his reaction that startled me. And it wasn’t that he freaked out or anything, he just basically hit the deck and ducked down in the car to avoid getting hit. In hindsight, I guess that is the rational thing to do no matter what, but he was immediately taken back to a place that I know nothing about. And it was scary, I’m sure for both of us, but more so for him, I imagine. I was just scared because his reaction was so terribly unexpected. But it was eye opening for me. And he was immediately ready to leave. So we said our goodbyes and he took off.

It made me realize what this holiday we are “celebrating” today is all about. It’s not about barbeques and drinking and the first day of the pool being open. It’s about persevering and conquering. It’s about the things we don’t know about that they can’t forget and can’t bring themselves to share with us. But he did share one thing with me that I had no idea about. I haven’t been around too many soldiers and the ones I have been around haven’t been as open as this one or maybe I wasn’t as nosy as I am with this one, but in the midst of one of our conversations, he was telling me a story about an attack and how he lost quite a few of his comrades. Then he said something that I cannot stop thinking about. He said that after being blown to pieces, body parts are collected and put on a flight back home, because nobody gets left behind.

Years and years of Memorial Day celebrations did not prepare me for that story. Nobody gets left behind. How many cook outs have I been to? How many pool sides have I sat by on Memorial Day never once thinking about the real reason. The idea of the reason was always there. Thank the servicemen and women who have fought and died for this country, but I never thought about the brothers and sisters and fathers and mothers and sons and daughters who received their loved ones back in numerous pieces. Nobody gets left behind. No open casket funeral. No getting one more look at the person who was their life. No more hugs. Only memories. And what about those memories for the brothers in arms who were the ones that were given the task of collecting those body parts to send home to family members? Imagine what those memories must be like on any given day. And how do we thank them? We blow off fireworks in our neighborhoods or randomly shoot guns with no consideration that maybe, just maybe, that will be the “thing” that sends them over the edge or sends them “back there” mentally.

So thank you to the service men and women who do the unfathomable for this country. And thank you to the family members who kiss them goodbye not knowing or having any guarantee that they will get to hug them upon their safe return.  The sacrifice is not forgotten by this American.