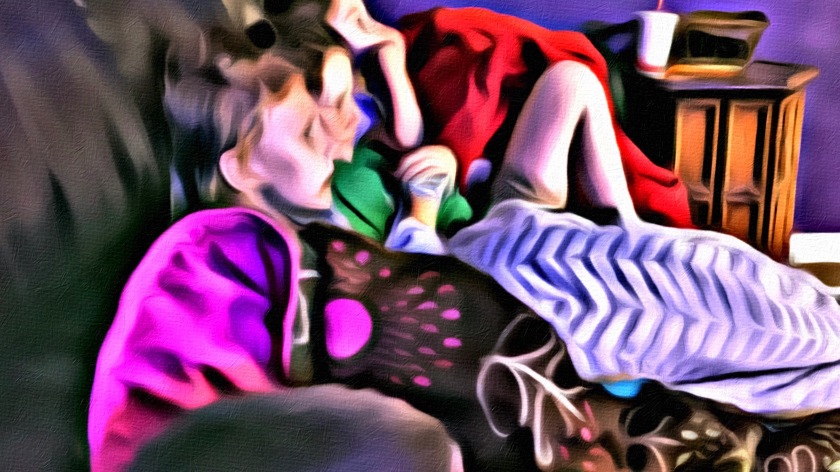 Big shout out if you just opened this blog and you have 3 or more kiddos at home. Seriously, I don’t know how you do it (without vodka).

I babysat for my friend this weekend. ALL WEEKEND… As I sit here in yesterday’s underwear (and deodorant), I really don’t know how the fuck y’all do this every single day of your current life and still manage to shower, and put on makeup, and look amazing.

I had three kids at home at one point. It seems like a hundred years ago now. And the two older ones were seven and eight years older than the youngest, so they were more of a help than a hindrance. The kids I watched this weekend were 4,5,7,10, and 15. And they were awesome. As awesome as five kids who are related to each other and around each other  24 hours a day for three days can be. They wanted to kill each other. And they were moody and crabby at times, but they always listened when I corrected them. When I told them they had to go to their room to cry, they did. When I told them to clean up their toys, they did. When I told them it was time to eat, they ate. They followed (most of) the rules. They never talked back. That in itself is kind of a miracle, but needless to say, there was a lot of fighting, and screaming, and kicking, and punching, and, did I mention crying?

And the funny thing was, I tried to remember my kids at that age, and I don’t remember them fighting at all, BUT for some reason, I remember my siblings when we were younger. Which is totally ironic, because I don’t really remember shit about my childhood, but I do remember my mom spanking my older sister (often) and my two younger siblings crying and screaming (alot) because the older one did something to them. I don’t remember ever being an asshole as a child, it was mostly my older sister (I just put that in there because she rarely reads my blogs so I decided to insult her in all future blogs until she texts me a nice big, “fuck you” and then reads it every day to see if I’m talking shit about her).  I’m sure I was probably an asshole, too, I’ve just blocked it out like the rest of my childhood. Hell, I probably blocked out my kids fighting and screaming and trying to kill each other, too.

But back to you moms. You all are awesome. I literally felt like I spent the entire weekend cooking, cleaning up from cooking, telling the kids to clean up and playing Switzerland between the kids so that none of them were bruised, bleeding, or dead when their mom got home and then repeating those  things. The oldest was awesome. She helped me so much, but a lot of the time, I didn’t want to ask her to do too much because I didn’t want her to feel like she was the babysitter. I wanted her to be able to be fifteen like my son is and just ignore the fact that anything exists besides her phone (probably hard to do when your sisters are beating each other to death). But she was really good  with the kids. And really responsible. And I was like, “Oh my God, I don’t know how the fuck you or your mom still have any hair left?!”

Which leads me to stand firm on my dating resolution to never, ever date anyone with kids younger than my youngest, which will be sixteen in a few weeks. I know people say, “if you meet someone you love, it won’t matter.” I’m inclined to believe that THAT kind of love really doesn’t exist for me. I want my future partner to be able to travel with me and for us to not have to worry about his kids (or mine). I know that kind of makes me an asshole (or a really big asshole), but I’m 100% OK with it.

I just don’t have the patience anymore for parenting. A few days is cool. It’s kind of like how you go on vacation and it’s cool but you remember how your bed feels. Babysitting is like that for me. I don’t mind babysitting, because I do like kids in small doses and I’m pretty good with them all things considered, but I would never in a million years get into a relationship with a guy who has kids younger than mine that had to live with me or that I had to help raise. I’m just not that girl. I’m too selfish these days.

Let me not say NEVER,  because I’m sure it’s possible for anything to happen. I mean, after all, my superstar crush has kids younger than mine. I’ve stalked all of his social media enough to know. So I wouldn’t turn him down just cause I didn’t want to take any extra trips to the daycare, but generally speaking, that’s why I ask about kids before I even agree to go on a date, because if i can help it, I don’t want to fall in love with someone who has young children (or snores).

It was easy when I was younger, but I’m older now. I don’t have the energy I once had to go out and party all night, work all day, and parent in the afternoon. My batteries are dead. And I can honestly say that there is probably not enough money in the world to get me to watch five kids that did not come out of a really good friend. I think that’s how you judge how much you love a person. “Do I love this person enough to watch their five, ten, or fifteen kids?” If you can answer, “yes” to that question, that’s true love. I have people in my life, I probably wouldn’t watch their goldfish. So, friend, if you are reading this… I love you and we will do again next weekend 😉