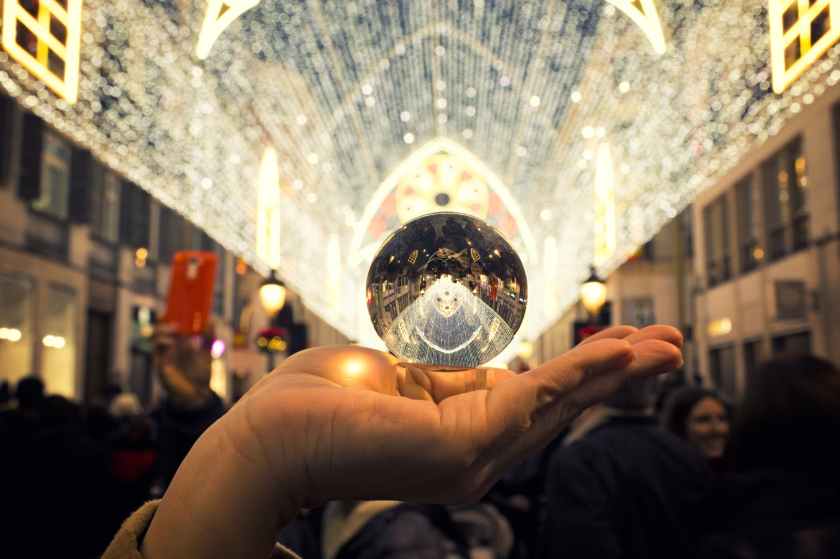 I believe people with special “abilities” exist. Like psychics and mediums. I don’t believe that everybody who claims to possess these abilities actually do. I went to a health and wellness fair the other day. It was full of people with gifts. There were reiki practitioners and tarot card readers and people selling oils and face painting and other readings. I, of course, stumbled upon the “psychic.” I like to believe people are who they say they are even when they say they can read the future.

I know there are a lot of people who don’t want to know things like, “where will I be in 5 years” or “when will I die.” I’m not one of those people. I don’t want the surprise. If it were possible, I would like to know the exact moment of my death. I do realize that in knowing that, there would be a way to prevent it which would inevitably lead to another cause of death that would, in the end, be unknown. But I’d take that surprise in exchange for knowing how things are going to be. With that being said, I decided to pay my hard earned money to a “psychic” so she could tell me my future.

The thing about people who claim to be psychics when they aren’t is not that they don’t possess special abilities. Because they do. They possess the ability to read a person and their inflection while answering questions. Also to read the contextual info they are given to tell a person what they may want to hear. And that’s what happened to me.

I started talking to her already knowing that I was about to blow $20. I didn’t care. I can find lots of things to blow twenty bucks on… shots before singing karaoke, giving my dogs a bath at the pet store, mismatched socks, fancy underwear that I won’t wear, bruch, to name a few. So why not find out my fate.

She asked me what I did. My response was, “I work in an office for money.” In hindsight, I would have answered all her questions without any type of emotion, because that answer easily told her that there was something else I’d rather be doing for money so she went on to tell me how even though I had a job that was not the job that I was supposed to be doing. Then she asked me what my “talent” was event though if she was truly psychic she would have known. I generically told her “writing” is my passion. So she goes on to tell me that she sees me living somewhere like Washington DC or Boston. It wasn’t until later that I realized there are two very big newspapers in those towns. I did tell her that I would not likely ever go live in Boston and especially not for 2 years. She told me it was a calculated move so I could write. It wasn’t until I explained to her that I don’t really write “reporter” style pieces that she said that she tells a lot of writers this, but she is going to tell me soon, I need to write erotica. Well, duh…. it’s a quick way to make a quick buck and it doesn’t even have to be well written prose because sex sells and as long as there is enough imagery, people will buy it. See Fifty Shades of Grey and all the sequels. Not that I’m knocking what she did there. I’m actually really happy that she made a few billion dollars in a couple of years. I wish I could do that. I just wasn’t impressed with the repetition of adjectives and nouns. But that’s the writer in me.

No shit. I just told you I’m a writer. Of course I have a deep appreciation for words. No face lines needed.

I was also wearing my black pants. If you have pets, then you know that black pants are a dead giveaway for animals. So then she tells me, I see a dog in your life. So I tell her yes, I have two. She asks their names and how old they are and then she proceeds to tell me about their personalities. Eight year old male dog… lazy and carefree. Nine year old female dog… alert and protective.

Excuse me for not being impressed.

She asked me if I was single or in a relationship. I told her it was complicated. She inferred I was in an unhappy relationship and told me that he had mental problems and I should leave now. Again, not really impressed. Most alcoholics do have mental problems. That’s why they drink.

Things that were not mentioned in my future: winning lottery tickets, living on the beach, travel writing, Flea Market guy and me living happily ever after, the fact that I have kids.

But I’m sure there is some sort of rule against asking a psychic for a refund because she didn’t tell you what you want to hear. So, I guess I’m going to start buying winter clothes for Boston. And I still don’t know when or how I’ll die.