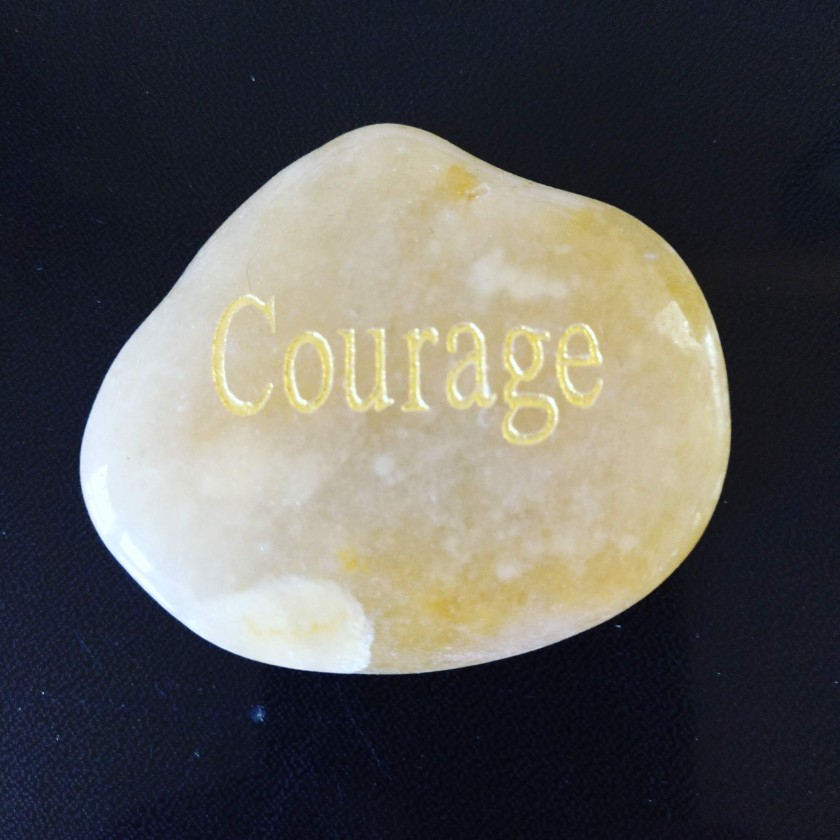 I saw Super Therapist yesterday. It was supposed to be our last session as the building she is working in is being sold but she’s allowed to stay there until the building actually sells so it wasn’t goodbye after all.

Which was good, because I felt like we had finally started to make some progress. I told her how I got so called fired from my job for essentially attempting to do my job. We talked about that in depth for a while, but I don’t like to slander or talk bad about other people so I’ll leave that part of the conversation out.

Fast forward to the part where we get to what I’m going to do now.

I told her I had one or two side gigs lined up that will pay my bare minimum bills. Flea Market Guy has really stepped up in being supportive and taking charge of the finances. I’ve been trying to make sure he knows that we are not in a bad situation since I have enough money to pay the bills through November. Granted that’s not an abundance in savings but it’s something.

He says he’s not stressed. He’s looking forward to being able to help especially since I floated him for months while he was in his drunken stupor. Now he’s sober, he wants to pay me back. And I think it’s sweet and I think he is perfect right now.

But back to me.

Super Therapist and I were talking about where I see myself and what I want to do and I was telling her that I really want to focus on my writing. One, because I feel like I have an awful lot to say. Two, because I have all these ideas in my head that I need to get out.

She then prodded why I haven’t done it yet. And we (I) came to the conclusion that it was because like other people I know, I’ve been the one in my own way. I don’t know how to market myself. I just know how to be genuine and caring, but I do it not to get anything out of it. I just do it because that’s the kind of person I am.

I told her how a friend of mine recently told me that she thought I’d be a good motivational speaker. And I think she’s right. I’m really good at motivating others and encouraging them to be their best selves. But when it comes to me, the self talk in my head always wins and she’s a negative Nancy for sure.

If I say, I want to have a writing workshop, she says, “why should anyone listen to you? You haven’t published anything.”

If I say, I want create a class to help people get through this life and feel happy and content, she says, “why should anyone listen to you? What have you done? You’re not content.”

Basically, no matter what I say, the mean girl (who I picture as Megan Fox) tells me I’m not good enough to do it. And I haven’t figured out how to kill her yet. So I’m just trying to ignore her instead.

And then I was explaining to Super Therapist that me as a “writer” looks way different than me as an “employee.” The most noticeable difference is my happiness level. I am a completely happier human when I am not working for someone. Even if I’m hungrier. I’m happier. My time even looks different. I still get up before 7 am. I have a 5 am goal, but I just haven’t been able to reach it yet. And then I do some reading, some meditating, some writing, and as of late, I’ve been doing some editing. And when time permits, I will include walks downtown or on a nature trail, writing workshops, tea – alone and/or with other creatives. It basically looks like I’m being irresponsible. But I know what it takes to get my creativity flowing and I know that I need experiences in order to write about them. And I know that they don’t always have to be life or death, failing relationships or all negativity.

So I told Super Therapist that although I’m not much for caring about what other people think, I didn’t want FMG to think that I wasn’t putting in my fair share of effort because it looked like I was just sitting back not doing shit while he’s working two jobs. And then Super Therapist said, “what would you say to someone in your same shoes?” And when I thought about it, I knew what I would say. I would say, “do what you need to do to find your creativity and fuck what anyone thinks. And more so, if he loves you, he will support you.” And then she went on to tell me that I need to remember my own advice.

So I talked to FMG about it while we were showering. We have our best conversations in the shower. It’s kind of like our daily catch up routine. Some people talk over dinner, we talk over showering. To each his own, right? Anyway, I mentioned how I was feeling to him and he, again, reassured me that it is OK for me to work on my dream for a while.

I guess it just find it weird that I finally have someone in my life who isn’t trying to overshadow me with their dreams. He and I are equally supportive of the other and to top it off, we are really good friends. And I don’t know if I can put into words how thankful for that I am, but I do know that it wasn’t a walk in the park getting here and I’m forever grateful that we went through the madness to get to this calm.

I know I went off topic there, the point I was trying to get to was that, my plan is to do more “me” stuff. More marketing to let people know what I’m trying to do in a writing realm and in a helping others realm. And even though it’s scary, I’m going to push forward as if I’m helping someone else and see where that takes me, because I feel like my purpose is bigger than sitting in someone else’s office pretending that I’m content to make them successful while I stay stagnant.