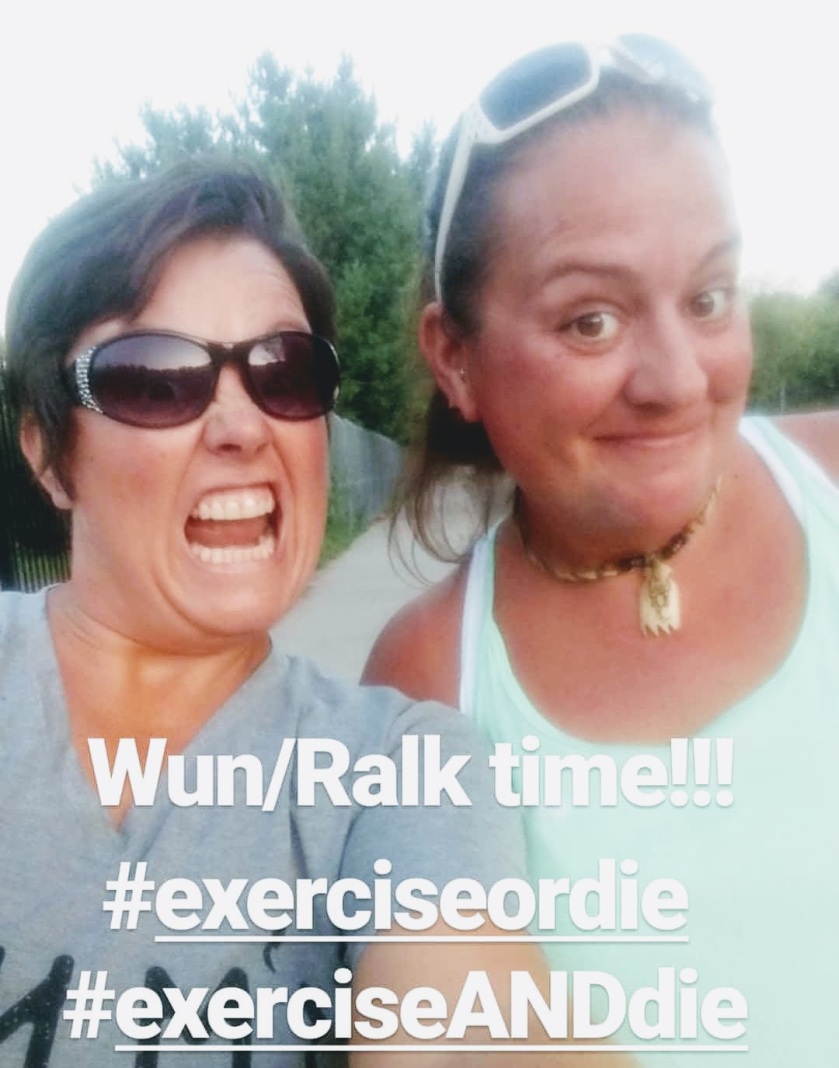 I’m always on a quest to get healthier. I don’t believe in quick weight loss magic and I don’t really believe in fad diets. I’m all for surgery if a person needs it, but for me, I try to do the natural thing like not eating ice cream for breakfast and exercising. Both are torturous, but I keep thinking one day my bikini will thank me for it.

I know this is the part where I get told I’m beautiful even as a size 14 and that I shouldn’t worry about my weight and I should just eat what I want and be happy. And that’s all well and good. It works for other people. It just doesn’t work for me. I get to a point in my weight journey where I feel too big to enjoy life. I don’t want to tire while walking my favorite trail. And honestly, I have plans to hike Camino del Santiago one day and I can’t be huffing and puffing for 500 miles. So whenever I get to the point where I feel like I’ve been lazy or I’m being lazy, I try to do something to kick myself into gear.

Usually it’s an app. I have so many exercise apps on my phone you would think that I was a fanatic. But really, I’m just an optimist with good intentions.

I intend to do something physical every single day. Whether it’s a hike or yoga or a walk or hula hooping or even roller skating (yes, I own a pair, no I am not ashamed, I will 1980’s roller jam all day), I just don’t like being sedentary. I get enough of that at work when I’m not out playing with the boys on the forklift.

I usually have this little burst of energy or need for exercise around the beginning of fall. It’s like my body or subconscious can feel the days getting shorter and in an attempt to ward off the seasonal affective disorder I try to do more of the stuff that makes me happy and keeps me from hiding under the covers wishing for summer to come back.

This year is different because I’ve roped my sister into going for run/walks (or as I call them wun/ralks) with me. We are only on day 2, but walking is good for clearing the mind and walking with your sister is just good for the soul. I just recently got her back. She was dating this dickhole of a dude for 10 years and like we women do sometimes, she lost herself and essentially walked away from her family. A year or so ago, she and the dude broke up and slowly we came back together and like best friends, or sisters, we just picked back up where we left off.

By about mile two in her new shoes, I think she was secretly wishing that she still was not talking to me. But she was a trooper and stuck it out to the end. Even entertaining the running when I was feeling particularly motivated. Today we went a little further. Tomorrow we will probably go a little further. Or maybe Flea Market Guy will go with me. He has off work and said that he’d like to go sometime when he’s off. Maybe that day will be tomorrow, but then again, maybe it won’t. But that’s another story for another day. Maybe tomorrow.

Our run/ walks usually start out at my front door and then we go to the “park” near my house. The park is actually a parking lot for the zoo and a children’s science center. I love both of those places. And there’s a pond with ducks and geese that you may have seen if you follow me on IG or Facebook.

On occasion I take a box of cereal over there and feed them until they follow me around like I am their mother. The fair was setting up today. It starts in a few days. I don’t know where the geese or the ducks go when the fair comes to town. They just magically disappear until it’s over and then they come right back. My favorite part about the fair is the concerts. They usually bring really good talent to town. I never actually go to the concerts but I live so close I can sit in my back yard and listen to them as if I have tickets.

My sister was more excited about the funnel cake and the smell of frying food. She said it would be really hard to get her to walk or run in the opposite direction of the food once the fair opens. I told her maybe I’d take her on a trail and there would be no running. She seemed like maybe that was almost a fair trade. I tried to tell her that I’m not a fan of running either. I only do it to punish myself for eating cheese and ice cream. If it wasn’t for Sargento’s and Ben & Jerry, I’d probably be vegan. I’m working my way there.

I find slow changes work better than trying to jump in head first and go militant. There are some things I am always militant about. Like soda. I haven’t had a soda to drink in probably 6 or 7 years. I did quit that cold turkey and I haven’t picked one up since. But other food stuffs, I do feel like it’s OK to splurge occasionally and not beat yourself up over.

If I want to sit and eat a pint of Karamel Sutra once a month while sitting on the couch watching PS. I love you and crying into my dog, that’s my prerogative. I’m not going to feel guilty about it the next day. Sometimes you just need to give in to your guilty pleasures, but most of the time, I try to keep my guilty pleasures in check. Mostly, because I have so many of them.

Anyway, that was a really long way to say that I’m back on the eating right and exercising wagon. I will try not to blow up the internet with my complaining nor will I try to get you to jump on my bandwagon. Unless, of course, you are my sister.