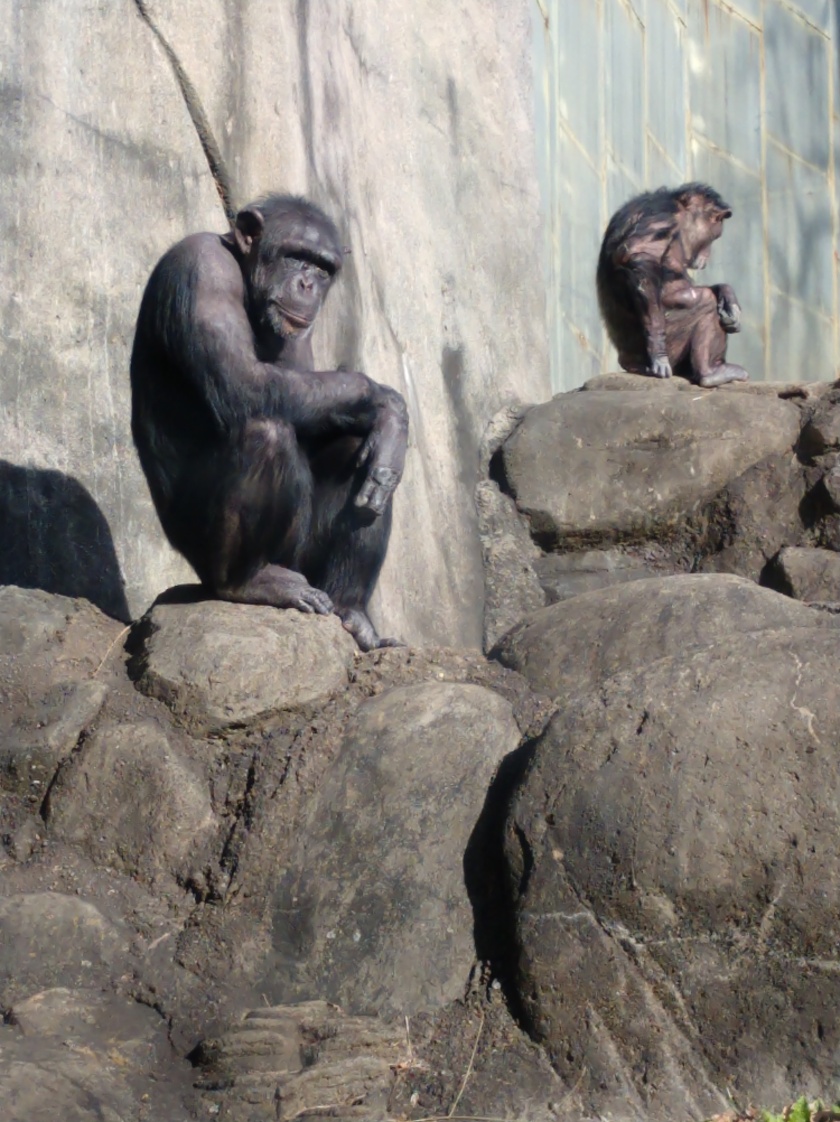 I know I said a few weeks ago that I was planning on blogging every single day this year. And as is the way with most resolutions, I failed this weekend. Opting to not open up my laptop at all, not even to blog. It was a series of events that led me to that decision but the deciding factor was basically time vs my desire to sleep.

I could have written both days because I had plenty to say, but I wanted to sleep instead. And so, that’s what I did, because in life, sometimes we get to make our own rules. So if you excitedly came here this weekend because you were dying to know what was going on the exciting wonderful world of RouletteWeekend, I apologize profusely for letting you down. But now, I will give you the Cliff’s notes version.

Friday, I was on kid duty for my friend. She had to work, so I got to hang out with her four-year-old for the afternoon. We went to Texas Roadhouse and ate Macaroni and Cheese and a Chocolate Brownie. Mostly because cheese and chocolate are life. Then we left there and went to the zoo. I’m not a huge fan of animals being kept in cages, but I do love the primates. And she was so excited to see the monkeys that it made it even better. After we left there, it was date night for my 16-year-old and his girlfriend. So we did the dinner and a movie thing. By then, I was exhausted.

But not too exhausted to go over to FMG’s (Flea Market Guy’s) house. I think I may have mentioned Friday that he had the flu. If I didn’t, well, he had the flu. Like diagnosed and all that jazz. I know I should have known better than to go hanging out over there, but since I am the queen of terrible ideas, I spent the night. I was convinced that I would not get the flu since I’ve already been exposed twice this year and have managed to remain healthy. It could be the Emergen-C I drink every day. Or the daily multivitamins, but I’m mostly convinced that it is Flu Bombs I’ve been drinking a couple times a day.

A flu bomb is a natural remedy used to fight bacteria and viruses. My friend swears by them. I wasn’t 100% sure until recently. I’ll add the recipe at the bottom in case you want to keep it on hand. But, anyway, I’ve been taking the flu bombs along with my regular vitamin routine and also drinking plenty of water, meditating for health, and eating right. I don’t really know what more I could have done to stay well. And so far, it’s worked.

So I spent the night with FMG. He wasn’t feeling very great. But we managed to have a few shots together before calling it a night. A very PG night. We actually just slept. I could have totally taken advantage of the drunk guy with the flu, but I’d rather have him when he’s 100% better and also, since we’ve decided not to rush things, it would have been too soon.

So there weren’t any unusual dates with FMG this weekend. We do have one planned for Wednesday that involves a basketball game and my kid. So, yeah, I’m going to introduce him to my kid. I like him that much. Yes, in just 9 days. Sure, it may be too soon. No, I don’t really give a shit.

Life is just too short to worry about the constraints of time. Which is what I told FMG when I brought him some soup and ginger ale for his illness. I’ve been told before that I:
a. fall too fast and too hard when I do actually fall
b. give too much too soon and it makes people take advantage of me.

And maybe both of those things are true. But I just have a really hard time caring. I don’t like to play the game of “it’s too soon to show you care.” or “I haven’t known him long enough to nurse him back to health.” I mean, does it really matter? If someone is sick, why wouldn’t you want to help them heal? And if I would do it a year from now after we’ve been together all that time, why can’t I do it now? You don’t have to answer, it’s a rhetorical question because I do whatever I want anyway even if it turns out to be the dumbest shit I’ve ever done. Not saying that this was. I’m sure it wasn’t. Mostly because he’s a real man and not a manipulative shit (which is what I have a tendency to attract most times).

So anyway, I saw FMG Friday, left his house Saturday, and then saw him again for a couple hours Sunday. I could list all the things I love about him, but you’d probably get all “ugh, I’m gonna be sick” on me so I’ll just list a few: his smile, his laugh, his ability to smile and laugh even though he has the flu and feels like shit, his hands, and my favorite thing about him at the moment– he likes to read me short stories. Seriously… how many men have ever read you a story or a book? I can tell you, for me, that number is zero. I could fall in love with him for that alone. But lucky for me, he has a whole list of amazing qualities. So I’m just going to leave it there (with him on this very high dating pedestal).

And I’m going to reset my resolution (because I can)… I will attempt to do a 7-day blog but I’m not perfect. And sometimes I’m downright lazy so just don’t count this as a pinky promise or anything like that.

Have a great week! See you back here tomorrow…

Basically, you add all of the ingredients to the boiling water and drink it. I, however, like to put the ginger and the garlic in a tea bag and steep it for five minutes. Then I add the honey and then I add the juice of the lemon (because I refrigerate my lemons and it cools the tea so you can just drink it). Then I drink it, quickly, because it’s not great. And I keep a cough drop or tic tac or some other better-tasting thing nearby to pop in my mouth real quick.

But it works. So who cares what it tastes like. It’s not awful. Just an acquired taste.