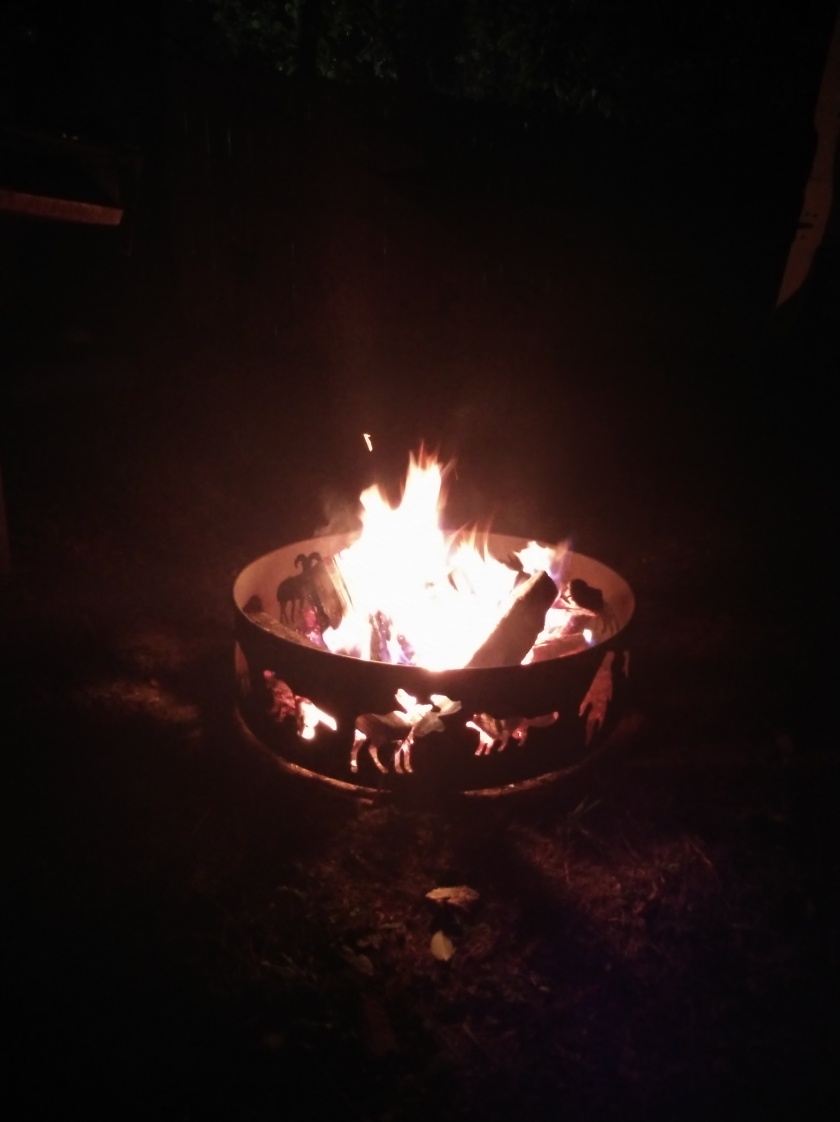 May 28, 2018 @rouletteweekend 365 Days of Self-Improvement, Naked Tea Sipping One comment

So yesterday was the first blog I’ve missed in over 30 days. Not bad. I did try to blog Saturday night so it would post Sunday, but the internet on the campground stopped working and then so did I.

I went to the gas station to get a lottery ticket on Saturday night (I didn’t win), and on the way in, this guy held the door open for me. Our eyes met, I smiled, he smiled. Then he left. I grabbed a bottle of wine that I wasn’t even able to drink because it required a corkscrew and I got my lottery ticket. When I walked back out, he was still outside sitting in his car. We smiled at each other again and I got in the car to go back to the campground. But then something inside me said, “you better go talk to him and at least give him your number.” When I saw this guy, he had this really good energy about him. And you don’t find that in a lot of people especially before they even open their mouth. So I jumped out of the car and ninja’d over to him, practically putting my head in his window. After I scared the bejeezus out of him, I asked him if he had a wife or a girlfriend. He said no. I asked him if he lived in Charleston, he said yes. So then I told him that I knew it sounded crazy but I just couldn’t leave without giving him my number and if he wanted to, he could call or text me some time. He smiles, says, “sure” and takes my number. Here’s where it gets weird. He says, “that’s me calling you.”

So I look down at my phone that is ringing and his name is there. First and last. As if I already had it saved. Like I already knew him in another life or something. It was pretty freaky. So I jumped in the car and went back to the campground. My girl wasn’t feeling good and went to bed, the kids left and went back to their hotel which left me all alone and to my own devices which is rarely a good thing. But we all know this so it should come as no surprise that when Alejandro text me and asked me what I was doing, I was ready to get up and take off. However, I was trying to be semi-responsible plus I didn’t want to leave my friend at the campground by herself and I didn’t want to wake her up and tell her I was leaving because she was feeling sick and she worries too much so I knew if I left and if I told her I was leaving she wouldn’t have slept anymore for the rest of the night. So I did what I thought was the responsible thing, I invited him to come sit by the fire with me. Turns out he lived literally across the street from the campground. He invited me to his house. I thought about going. I asked him my pre-req question, “So if you were going to kill someone you just met, how would you do it.” I’m convinced that a real killer would try to convince me that he wasn’t going to kill me and a person who has no interest in killing me will play my game. So he told me, and it was quite genius actually so I’m not going to share it just in case I want to put it to use later. Which, I already knew before I asked him that he was no killer. My radar for creepers is usually pretty good. I’ve only been fooled a few times. And luckily I’m still alive.

So Alejandro comes and sits with me by the fire. He leaves all his weapons of choice at home. And we just sat and talked and laughed our asses off all night. He just moved back to Charleston, has a kid the same age as mine, just retired from the military, and my most favorite part of all, he meditates. And he was talking about this great new book he just got and as he was explaining it to me, I asked him if it was Dr. Joe Dispenza’s new book and he looked at me like I had 3 eyes before he said yes it was. I told him I had one of his other books in my car. We high fived. And then I liked him even more.

So we sat and talked until the fire went out. And then we talked some more. He walked me to the bathroom at least half a dozen times throughout the night. I guess I had a lot of water earlier in the day. And then we watched the sun come up over the campground. It was one of those meetings where you never run out of things to say and even though you are tired, you just want to keep talking. Probably because you know you may never see this person again and that in itself is just kind of sad. So finally after the sun came up, I told him I needed to get my life together and shower. He offered his shower that was right across the street. Of course, I said yes. And if you think I would say no, then clearly you don’t me very well. Putting my life at risk and doing stupid shit is kind of my thing.

So I left my friend (who woke up furious with me, but eventually forgave me) and jumped into the car with a good looking stranger to go shower at his place.

And he really did live right across the street. I think it was a 45-second drive. So he gave me the grand tour of his small apartment and got me a towel.

If you are my kid and you are reading this— I showered and went home—the end.

If you aren’t my kid, you can keep reading.

So I jumped in the shower. We were still having a conversation as I was showering. Then I told him he should shower with me, which he was not opposed to. And then we had an amazing roll in the hay. And by hay I mean his super tall king size bed. I guess you would call that a one day stand? Since it didn’t happen at night.

And then I guess I made what I imagine is every man’s fantasy come true and I said, “I have to go now.” And then we got up and he took me back to the campground. No cuddling required, which was kind of sad because he was really cuddly. Needless to say, if you ever see pictures of me in Charleston again, it will be to go see Alejandro. And if you ever see pictures of me in Knoxville with a bald-headed bearded handsome fella, then it’s probably Alejandro come to visit.

And just when I swore off men too. Go figure.